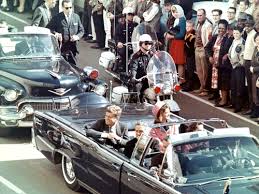 The 22nd of November 1963 was a dark day in American history, but also one of the brightest too. Their president, John F. Kennedy, was assassinated in Dallas, but A Christmas Gift For You From Phil Spector was released. It didn’t perform well at the time, but is among the greatest festive records, and has now enjoyed both commercial and critical success.

The album has been on high rotation for me and running for just over half an hour, it features The Ronettes and The Crystals. Its songs are secular and mostly covers, but performed with wide-eyed innocence, speaking of mid-Western values, fresh snow and an idealised version of an American Christmas. 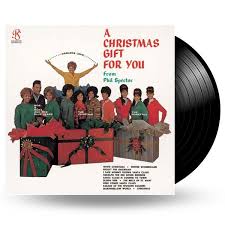 They are uniformly effervescent. Produced by visionary record producer Phil Spector using his famous “wall of sound” methodology he described this as a Wagnerian approach and it’s akin to a musical collage. Often in mono, the instrumentation is layered and sumptuous, and influenced the Beach Boys, most notably on “God Only Knows.” Serving his second-degree murder sentence Spector has been in a Californian jail for a decade. He’s due for parole in 2025. 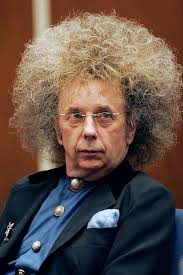 Paul Kelly’s “How to Make Gravy” and “Fairytale of New York” by The Pogues are central to my auditory experience of the year’s penultimate week, but not that nameless aspirant squawking at the Sidney Myer Music Bowl in front of those sleeping babes during Carols by Candlelight. You know the one: she came seventh in season 6 of X Factor and is now upsetting Alf in Summer Bay. At time of writing I trust the cryogenic defrosting of serial baritone warbler Dennis Walter is on schedule.

“Christmas (Baby Please Come Home)” is the highpoint of A Christmas Gift For You From Phil Spector and rightly assumes an elevated position in popular culture. It’s performed by Darlene Love (a minister’s daughter) who like Aretha Franklin, Whitney Houston and Marvin Gaye learnt to sing in church.

And what benefits her religious upbringing has brought us! Sadly for your correspondent, a sustained childhood in Kapunda’s St Rose’s Church, with a suitably pious stint as an altar boy, provided me with no vocal assistance as my ungodly atonality attests.

In addition to Darlene Love performing it for thirty consecutive years on Letterman it’s used as a dramatic counterpoint in Martin Scorsese’s acclaimed gangster film Goodfellas. Robert De Niro’s character Jimmy (of course) has just pulled off the country’s biggest ever robbery at JFK airport, the so-called Lufthansa heist, and at their Christmas party various mobsters are bragging about what they’ve bought. Jimmy is upset. They need to keep low.

Despite all its sweetness and joy the song generates jukebox menace as we know there’ll be ugly consequences. It might be Christmas, but someone’ll get wacked! After all, De Niro’s involved. 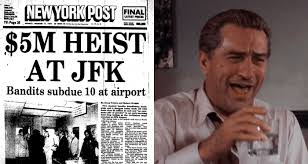 This aside, it’s a gorgeous, uplifting track; rollicking along in an irresistible, up-tempo way that evokes connection and fireplace closeness. I reckon if you listen carefully you can also hear seventeen-year-old Cher singing backup vocals. It was among her first jobs.

But in 1963, back when our planet was alive with youthful promises of the space age and small town purity and neighbourly generosity, Darlene Love gives an almighty musical performance.

Go on, play it as you enjoy Christmas lunch. The pudding will never have tasted better.

2 thoughts on “A Superb Christmas Song”