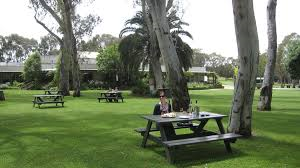 T-shirt slogans can capture a moment, and a couple summers’ ago, from an English website I bought one that featured no imagery or graphics, just plain text in a small black font

Music festivals like Saturday’s Day on the Green are the preferred habitat of the hipster t-shirt, and I saw many, but this was the standout, catching the zeitgeist in this time of disenchantment: the alarming rise of herb rage

With band members Link, Ringo, Wally and Jaws Meanie, the Meanies opened our afternoon with their energetic brand of irony-infused punk, and each song is a brisk splash of droll turbulence. Lead singer Link Meanie sports a Chopper Reid ‘tache, a diesel mechanic’s physique, and a B-grade back pocket’s self-deprecation. As Link would attest, it takes enormous dedication to look like you don’t care one dot. “10% Weird” is a great song, and it’s a cracking set. We’re off to a flier.

The Barossa Valley boasts Germanic villages and pastoral beauty. A most painterly aspect is Peter Lehmann’s winery on the edge of Tanunda, and it’s obligatory when we take visitors wine-tasting.

The blue-green Gatsby lawns have hosted friends’ birthdays and Mothers’ Days complete with games of cricket punctuated by adults juggling glasses of shiraz as they toss up feathery off-spinners to free-swinging kids. Today’s stage is adjacent to the North Para River while on the Nuriootpa side gum trees grasp at the azure sky. Between these are about seven thousand folks- and just a few toddlers.

Decades ago in Kimba my foot was broken by a behemoth opponent called Gut, and unable to play footy, I spent an enthusiastic month in the pub on the punt. The small and eclectic ensemble of TAB aficionados became my Saturday friends. Although I was the youngest by about thirty years our bond was functional, and it presented a singular entertainment. Isn’t it fantastic to enjoy the elliptical orbits of different friends? Some relationships are founded on footy or golf or wine, and with Nick and Holmesy, they’re (among other things) my music mates.

From our grassy spot, and over cans of Fat Yak we trade reviews. “The new Nick Cave album’s a bit bleak. Warren Ellis is having too much say.” And later, “The Pixies’ latest is a mixed bag. Some good moments, but a few formulaic tracks as well.” Then as Jebediah diffused their sunny pop Holmesy editorialises, “On the new Metallica the pace and fury of the guitars is like they’re channelling Lemmy.”

We’re joined by Trev. He played drums with a few bands back in the 90’s, including one who enjoyed airtime on Triple J. Another was called Imelda’s Shoes, which still amuses me. He went to every single Big Day Out. He’s still in mourning.

Late afternoon and Spiderbait is on, led by hirsute drummer Kram who is energetic like a Labrador, or Rory Sloane. He alternates vocals with bassist Janet English, a Cate Blanchett lookalike wearing oversized glasses and blonde bobbed hairdo.

The band formed twenty-five years back, but she still sings as she did back then, and I’m reminded of how enduring and immutable is the human voice. It’s remarkable. Her singing is innocent, but also as bewitching as the sirens of Greece especially on “Calypso.”

Sunshine on my window

During one of his uproarious solos the wife says that she has a “drummer crush on Kram,” which is reasonable as, at six o’clock on this particular Saturday, we all do.

With the Barossa having been settled by persecuted Prussians Janet’s acappella introduces “99 Red Balloons,”

and the bilingual crowd ignites. On my top 100 one-hit wonders list, it’d go top 10 for sure, right next to “Slice of Heaven” and “Harper Valley PTA.”

You Am I is a favourite, but their approach is naive, and confused in application, like the Australian middle-order. Their blue lounge suits promise much, but instead there’s self-parody and simmering agitation, both on the lawns and on the stage. Timmy could chuck a wobbly. I’m unsure if he’s helped by the bottle of wine he’s necking like a Tom Waits sailor.

Around from the prehistoric scoreboard You Am I played a blistering set before last year’s SANFL grand final. At our Day on the Green they do sizzle on “Cathy’s Clown,” but this is swamped by baffling patches of novelty including the backup singers doing, “Nutbush City Limits.”

The last act is a band I always find clinical. Something For Kate’s “Monsters” is wonderful, but like Adelaide Zoo’s two giant pandas Wang Wang and Funi, their set fails to (re)productively connect. However, they cover REM’s “The One I Love,” and it reflects the gorgeous anxiety of the original.

Our recent festival experience was the St Jerome’s Laneway event in Singapore, and this franchise is about the future, the next wave of artists, while Day on the Green looks unashamedly to the past in targetting middle Australia’s healthy hunger for nostalgia. The line-up could have been photocopied from the 1998 Big Day Out program, but this is why we’re here, in our eager dotage.

With midnight ticking close we’re back at Nick’s farm in She-Oak Log. Our wives have retired, and we listen to old music and drink new wine. Outside the window his crops sway in the earthy dark, and we toast our good fortune. 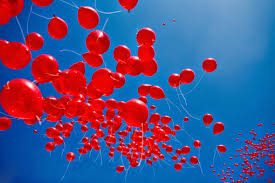