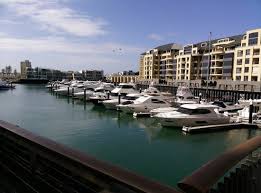 It was a lovely suprise. A moment in which I rediscovered something I had previously enjoyed. Hugely.

Strolling past the Oyster Bar (or Booga Shop as some call it) down at Glenelg’s Marina Pier, I heard the opening vocals to Grouplove’s “Tongue Tied.” Although it was only released in 2011 I hadn’t happened across it for some time. I stopped to listen.

It is indie-pop perfection. Pop music you say? Well, yes. For the record I freely declare that “Shake It Off” by Taylor (Tay- Tay) Swift and “Uptown Funk” by Mark Ronson ft. Bruno Mars are both genius.

There’s so much I like about this song. The instrumentation is soaring and joyous. It’s fun. Although it has a moderate tempo I reckon it’d be fantastic at a festival. The kids would go spare. There’d be dancing. As our Max says, it’d be lit.

Like much in this genre it’s a celebration of youth and being carefree. The excitement, the bursting life is irresistible. The vocals echo this and are almost shouted with enthusiasm like a mad pub singalong.

The lyrics all speak of teenage hopes and vitality, and I hear these lines and am instantly elevated.

Best friends. A roundabout. Love. It’s all there. Summery and glittery like the LA beaches of the band’s home town. I’m glad I heard it.

I’m not madly into podcasts but one that I love is Tony Martin’s Sizzletown. I’m a massive fan of Tony’s work, especially his radio legacy including Martin/Molloy and Get This! with Ed Kavalee and the late Richard Marsland. The name Sizzletown comes from the Martin/Molloy days late last century when a radio station executive implored Tony and Mickey to take their show up a level or two and add extra “sizzle.” 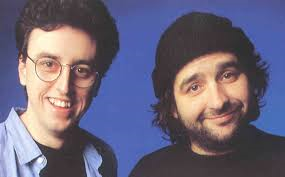 The premise is great. Although it’s a podcast the concept is that it’s a late night talkback radio programme with a number of recurring callers and guests. Of course, it’s entirely written and performed by Tony Martin himself. It’s technically brilliant too, with the conversations all spliced together in a most natural way.

There’s Dave Clacton who hosts The Busted Nut, a “proper comedy” club in Melbourne’s outer suburbs. “No inner city, latte- loving” stuff on his watch. A regular comic is Barry Dickbags and his show “Cock-Eyed Christmas!” I think you get the idea. 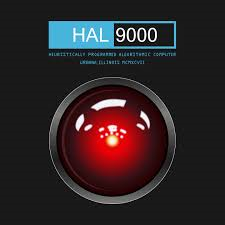 In one episode Tony talks with HAL 9000, the speaking computer from Stanley Kubrick’s epic film 2001. My favourite part is instead of singing “Daisy” as he is dying aboard the spaceship, Discovery One, he launches into

I got my first real six-string
Bought it at the five-and-dime
Played it ’til my fingers bled
Was the summer of sixty-nine.

An excellent character is Nils Nyquist, the elderly gent haunted by suburban paranoias including a fixation with nanobots. He has a stereotypical lisp and aged voice, but towards the end of their chat Tony asks him what records he’s been playing. Nils is clearly a man of about eighty, but his musical tastes are decidedly youthful. It’s funny.

“What are you listening to?”

“Some dubstep. I also listened to the new single by Aphex Twin.”

“And what did you think of it?”

I reckon Nils would also enjoy “Tongue Tied” by Grouplove.