A meandering drive north from Adelaide, the Clare Valley is among my favourite places on the planet. Lush hills host rows of Riesling and cabernet vines, and settlements are sprinkled about, appearing as English villages.

But allow me to be precise. The valley’s best town is Mintaro and in its centre is the superb Magpie and Stump Hotel (est.1851). I’ve minor affection for its architecture although leaning against its bar I first heard a publican say, “Another cup of tea, Vicar?” which amuses me more than it should.

Its beer garden is perfect: generous lawn, tables and chairs, swaying gum trees. Luxuriating in the Magpie and Stump’s faultlessness my lunch arrived: a club sandwich. Of all the cultural contributions of New York state, this, I’d argue, is its finest. How can one not love a club sandwich?

Following a voluntary diaspora during which our group lived variously in Abu Dhabi, Singapore and Gilgandra, we’re back in Clare for the long weekend. I love tradition, and am thrilled that this one’s returned after too many years.

The old world tone of our visit is enhanced by the medieval floods and tempests. Notwithstanding the problematic marvel of electricity Clare suffers continuing phone and internet outages, meaning we must pay cash for everything. It’s like 1974. My sideburns seem fluffier.

The footy’s approaching so I veer into a winery to collect some sparkling cabernet-shiraz. Despite his splendid location, and gentle days crafting gorgeous things, in our lengthy experience the vigneron remains the grumpiest man within a light-year. I creep in.

“Yeah, well, you know we haven’t had internet for three days. Can’t use EFTPOS. What do ya want?”

But there’s something endearing in his longitudinal consistency, and I wonder if it’s a performance, a learned expectation. With two bottles of Anastasia (90+points) under my arm, I retreat.

With the wife away for work in Noumea (yeah, I know!) wrangling the boys during the grand final is a challenge, but there’s a pub, the Taminga, just down the street from our digs. On the footpath we’re welcomed by a bouncing troika of red, white and blue balloons while the red and white pair flutters too. Inside is bright and the floorboards and exposed brickwork are stylish. There’s a kids’ playroom. The boys bolt. Sorted. We claim some barstools.

The match is underway. Flagging the impending tension, minutes and minutes pass without the opening score. Old mate Mozz and I watch and chat, exchanging news over our crisp ales. The Bulldogs hurl themselves into the contest, but we know Sydney is undeniably classy.

A footytrip of lads bursts into the Taminga. They’re all wearing nametags. My collective noun is wrong- it’s a buckshow. I ask the groom’s brother, “So, what’s the plan?”

He replies, “The top pub, the middle pub, the bottom pub.”

Brilliant. On this afternoon his exact words are repeated by other buckshow participants, in country towns across this wide, brown, occasionally soggy land.

The second quarter is colossal with lead changes and surging, ruthless football. After a week of apocalyptic storms, the sunlight bends through the windows like liquid straw. Three farmers are anchored at the bar, and I don’t think they lift their backsides all afternoon. Josh Kennedy rampages across the MCG like a pirate, like a Wall Street wolf.

As it’s grand final day (and Mum’s in the Pacific) I get the boys a lemonade and bag of chips. If it was 1974 and I’d a HQ ute parked out the front, they’d be in it with the AM radio on.

With the groom having enjoyed a costume change from Freddie Mercury to nondescript showgirl the buckshow invades the middle pub. Thanks to mine host half time also heralds happy hour, and like Black Caviar on the turn, Mozz starts to accelerate.

The final hour of the season is astonishing. During other deciders I’ve been neutral, but today demands that like the rest of the galaxy my red, white and blue scarf is on, at least metaphorically. The Bulldogs are tremendous, and now the Taminga becomes seismic.

And at the siren there’s Boyd and Johanissen and Picken and Beveridge and Murphy. The boys watched the last quarter with us, and they’re excited too. How could they not be? I’ve appreciated this grand final more than any since last century. 2016 will forever be talked about with wide smiles and damp eyes.

It’s a weekend of rebirth both in Footscray and up here in this patchwork valley of vineyards and fetching hamlets. I can’t wait for next year. 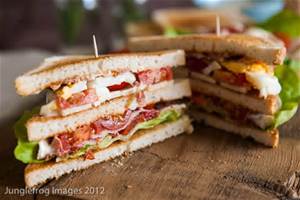