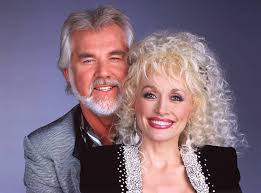 In 1983, during Year 12, these are the songs I unforgivably thought were cool:
“Twisting by the Pool” by Dire Straits
“Bop Girl” by Pat Wilson
and this, yes, this
“Safety Dance” by Men Without Hats.

How could this ever have happened?

Later that year, just after I turned seventeen, Kenny Rogers and Dolly Parton released “Islands in the Stream” (named after a Hemingway novel) and I scoffed at it. Country music! Old people! Corny! I was seventeen.

It was unlikely played on 5SSA-FM as SA-FM was then known. I can’t recall hearing it on the Morning Zoo with John Vincent and Grant Cameron as I drove my sky-blue HR Holden to Kapunda High to endure the poetry of Gerard Manly Hopkins (“I caught this morning morning’s minion, kingdom of daylight’s dauphin, dapple-dawn-drawn Falcon”). 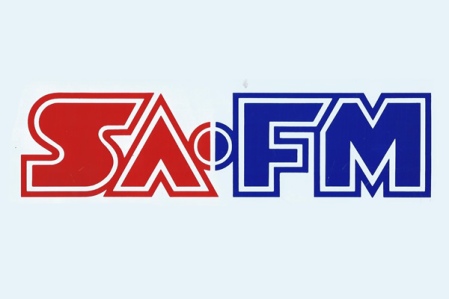 I didn’t appreciate its alternating lead vocals, superb harmonies, and thrilling key change until, I’m ashamed to share, much later in life. And Dolly, somehow both tiny and colossal, is the perfect partner to Kenny’s warm yet seasoned voice.

Often now making an appearance on the back patio at a BBQ it’s one of the great duets.

Growing up in the 70s, Mum and Dad had some of Kenny Rogers’ vinyl including his greatest hits and the compelling Eyes That See in the Dark (of course, he could never have been Ken Rogers for he’s obviously the manager of your local hardware store). The albums are long gone but I remember him spinning on the Pye 3-in-1 (turntable, cassette and radio) and his voice. It was golden but with an edge of experience and slight menace as needed. It also hinted at a mythic America of adventure and promise. It evoked a place I wanted to go.

As with much in art and music there’s often a dramatic gap between the sunny melodies and the lyric’s dark narrative. “Coward of the County” is about sexual violence, “Reuben James” explores deep-seated racism and “Ruby” concerns a Vietnam veteran whose disability renders him unable to satisfy his wife so she ventures into town- “painted up your lips and rolled and curled your tinted hair”- to get her needs met, but my childhood ears were deaf to these distant themes. 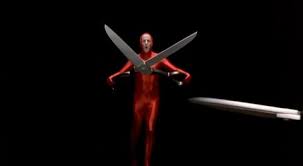 The Dude is the main character played by Jeff Bridges and presents like Kenny if he’d let himself go and frequented his local supermarket Ralph’s in his house pants and dressing gown. Featuring bowling, Saddam, love interest Maude in Viking costume, and some Johnson-dismembering Nihilists welding novelty-sized scissors, this psychedelic pop track is an irresistible accompaniment, and gave Kenny some late-career pop culture panache.

The lyrics open thus:
I woke up this morning with the sundown shining in
I found my mind in a brown paper bag within
I tripped on a cloud and fell-a eight miles high
I tore my mind on a jagged sky
I just dropped in to see what condition my condition was in.

Just like the Dude, and most of The Big Lebowski, these are joyously nonsensical.

Early this century on my first big overseas trip I saw much that bedazzled me. The Berlin Wall, Big Ben, the Colosseum. But, among the strangest sights was one at the start in Penang. Wandering about Georgetown, the muggy, sister-city of Adelaide, and staring at the Chinese, Indian, Islamic and British architecture beyond the downtown markets, I saw what appeared as yet another American restaurant.

Getting closer, I squint at the signage. Kenny Rogers Roasters. Oh, must be another of that name I thought. A local icon I’ve not heard of. Fantastic. That’s why we travel. But the face seems familiar. White beard, grandfatherly. Vaguely Colonel Sanders so that is right for a chook place. Intrigued I stroll in.

It was that Kenny Rogers. With his own restaurant! In the middle of Asia! A long way from Nashville. What a glorious, unforeseen world.

Inside the walls were festooned with gold records and beaming (possibly photo shopped) pictures of Houston’s favourite country star. “The Gambler” strummed out beneath the slowly circulating ceiling fans. Still disbelieving, and considering the menu, it seemed neither Southern American nor Asian but possibly a Mississippian/ Malaysian fusion.

A decade or so later there was a Kenny Rogers Roasters (although the last American KRR diner closed in 2011, it’s still powering in Asia) across from my Singaporean condominium at the geographically-confused shopping centre Great World City. Fresh to the country, I took the boys there once for a dreadfully expensive meal of chicken and chips, and wondered how mad the unrelenting stream of Kenny’s Greatest Hits might send even the most devoted of wait staff. 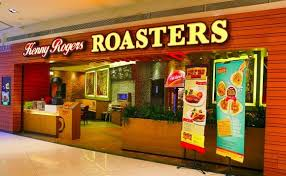 Kenny Rogers has drifted in and out of my life in both affectionate and minor ways. Glancing at his back catalogue, there’s an ungodly number of Christmas albums, but he’s made a personal mark. Yesterday with everything spiralling, a mate sent me a message which said:
Kenny Rogers dippin’ out in the middle of an apocalypse is the most “know when to fold ‘em” shit I’ve ever heard. 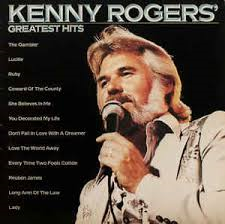