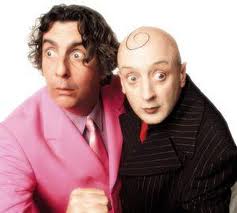 Saturday, 20th September 1997. Half-time in the preliminary final. The Crows are getting paddled by seven goals.

A soap opera fledgling, Greg Fleet swiftly enraged the nation. His Ramsey Street character had dispatched Daphne, like a Cairns cane toad, by expertly running her over with his car.

Later, he was strolling along a Melbourne street when a Truth headline screamed, NEIGHBOURS STAR TELLS: ‘MY HEROIN ORDEAL.’ Shocked at his public shaming, Fleety’s initial thought was, Oh my God! I can’t believe it. I was on Neighbours.

TOURIST DIES OF THIRST is a memorable newspaper poster too. It’s on the yellowing wall of Adelaide’s Exeter Hotel. I smile every time.

It’s an ageless boozer. Resistant to infantile trends, (Irish pub folks?) it’s a rollicking temple for cups and conversation. There’s nothing to distract your entourage from its tasty project. No TV, no TAB, no pokies. But there’s music. Thoughtful, eclectic music, with entire albums pumped into the front bar.

If I could design a pub, it’d be the Exeter.

The night before the Crows and Bulldogs clash. Our mate Chris is emigrating to Queensland to work for a software company. So, to mark this, we dine on curry and Kingfisher lager, and then gallop across to the Exeter.

Dawn’s closer than dusk. Only Nick and I remain, our Doc Martins moored to the floorboards. He’s from a farm in Shea-Oak Log. We met in school. Years ago, we saw the Rolling Stones at Footy Park.

As always, we talk cricket and travel and bands and film, and our discussion arrives at Harper Lee’s autobiographical masterpiece, “To Kill A Mockingbird.”

Lizard was a heavy-metal mad, Axel Rose-haired kid. I taught him in Kimba and he read the book, reckoned it was about the only one he’d ever finished. In his Cannibal Corpse way Lizard often mislabelled it, “Killing the Mockingbird.”

Atticus Finch. Is there a more inspirational dad in literature? He’s metonymous for courage. I wish the Australian cricketer Aaron Finch was nicknamed “Atticus.” But, of course not. Can you imagine Tubbs and Slats explaining this? He’ll always be “Finchy.”

Over and through our Coopers, we ponder the novel’s last lines, admire their uncomplicated elegance. They’re among the finest words printed. After the rush of the climax, and Bob Ewell’s demise, we’re left with a painterly scene of love, a world profoundly restored

Radiohead’s then recent release OK Computer played in the Exeter that evening. I love the cinematic melancholy, and the immaculate alienation. I’m a fan of lengthy, multi-sectioned songs, and “Paranoid Android” is superb. There’s venom in Thom Yorke’s

The album is additionally embedded with references to the cult novel “Hitchhiker’s Guide to the Galaxy!” How excellent is this? Satire, existentialism and guitars!

Despite its anguished doom, OK Computer becomes a happy soundtrack for me. Living in Hertfordshire, we listened to it once before enjoying Terry Wogan’s wine-soaked Eurovision commentary. In his brogue he noted

They’ve got four languages in Belgium and they’re singing in an imaginary one. The essence of Eurovision.

We laugh at the songs, and are bewitched by the geopolitics. It was 2003, defined by the charming nadir of England’s nul points.

Sandman: I’ve often wondered what it would feel like to be a woman.

Like gates clanging in a prison movie, the Exeter finally shuts. Nick drifts to his Hutt Street townhouse and I taxi home to Glenelg.

Obviously, the big man from Lithgow was towelling the Spaniard. Without warning, Seve walked quietly over to his opponent’s bag and went the bushman’s hanky all over Roy’s clubs. Standing “ashen-faced and tight-lipped,” Roy then turned to his caddy and said, “You know, there’s something I just don’t like about this bloke.”

I wake during the last quarter, wander out to the lounge, flick on the TV, and see Liberatore’s snap on goal. He jumps haughtily onto his team mates, fists a-pumping. The result’s a formality, the remaining time, an irritant. His Dogs are home.

But I know what Atticus Finch would think. I remember what Roy Slaven said.

And the goal umpire signals a behind. Premature exaltation. The braggadocio is scorched.

The quarter’s been goalless, and we’re down by four straight kicks with ten minutes to go. As the bride’s still asleep I choose to endure the ending. It’ll be a Saints and Bulldogs decider.

On the siren, car horns hop in our windows, zigzag over Jetty Road, and vault about the esplanade like acoustic exclamation marks! The wife stirs.

Having spent the match in a torpor, Darren Jarman contributed three majors. He was learning to love final quarters.

With its lengthening afternoons, pledge of an enriching, outdoorsy lifestyle, and barbeque bouquets freewheeling about like sociable phantasms, late September’s always been good.

Just then, it got much, much better.