I need to apologise to the wonderful Kimba Area School Year 9 class of 1992 whom I took on a week-long camp to Burra, Barmera, Renmark and Clare.

Planning the event I booked some aquatics at Lake Bonney and struggled to find another activity when I stumbled across the Cobdogla Steam and Irrigation Museum. It somehow seemed reasonable. Recently in the car my youngest Max said to his brother Alex, “Why would you ask Dad a big-brained question when we know he’s a small-brained man?” and dwelling now upon that early- 90’s afternoon, I see this as a terrible pattern on my behalf.

I should’ve taken the Year 9’s to Lake Bonney and demanded they jetty-jump for six or seven hours. Provided they had their swimming jeans.

We had a tour guide: an aged man of terrifying, non-infectious passion and an ability to lecture at length matched only by his ability to not sense the crushing boredom he was inflicting upon his audience. If teenaged violence had erupted that day in Cobby, no judge would’ve convicted anyone.

He spoke to us for 45 excruciating minutes on the world’s only working Humphrey pump with charcoal-fired gas producers. During his unbroken monologue I found myself wondering if I’d turned off the iron, how the Nicaraguan soccer team was travelling and what Allan Border might’ve had for breakfast that very morning. I’m sure the actual inventor of that wretched pump would’ve nodded off himself.

However, just up the road is the Cobdogla Club which is one of my favourite places. We were there last Thursday and this happened to be Schnitzel Night. If you live in this part of the world the pubs and clubs have it neatly organised so that every night of the week is Schnitzel Night, although this could be both a dietary blessing and a curse.

On the front door is a friendly sign asking the patrons to not swear, and in 2020 when the casualisation of this is rampant, I like it and get the boys to read it.

Inside is spacious and rustic. The boys rush to the free iPads which is fair enough as they’ve endured a horrific ten-minute car ride from the holiday park without a device.

The drinks menu is broad and the wine prices seem frozen at 1995. A glass of white (no, not Hock) is $4.70, and the lack of Coopers on tap is disappointing, but XPA cans are a fiver.

The salad and veggie bar is always a treat. Brussel sprouts are what Max calls, “balls of leaves” and I inhale six. There’s corn, carrots, and cauliflower and broccoli bake. It’s terrific.

We talk of the coleslaw. It can’t be easy being coleslaw, especially if you’re mostly cabbage and therefore overly pale and grim. Next to the rich colours of the beetroot and the Asian noodles you, poor coleslaw, look more ghostly than the long-gone inventor of the Humphrey pump, sitting quietly across the fields, in its dusky horror.

The schnitzels arrive quickly and are a generous size. They’re tasty, perfectly cooked and in another demonstration of the Cobby Club’s timelessness, the meat isn’t on top of the poor fecking chips, making them squashed and sweaty as happens in too many places forcing diners to go through the mindless ritual of rescuing their fried potato friends. 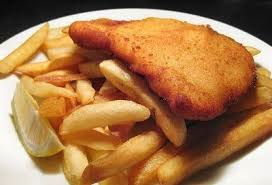 Who started this nonsense? Bring them to me, and I will scold them for 45 excruciating minutes, in an unbroken monologue, about the profound annoyance of this, and how in a world crying out for simple, uncluttered joy we must keep our schnitzel and our chips separate.

But, of course, this doesn’t happen at The Cobby Club. And that’s one reason we’ll be back next year. 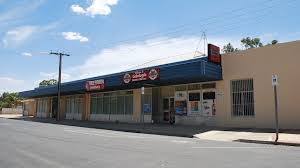