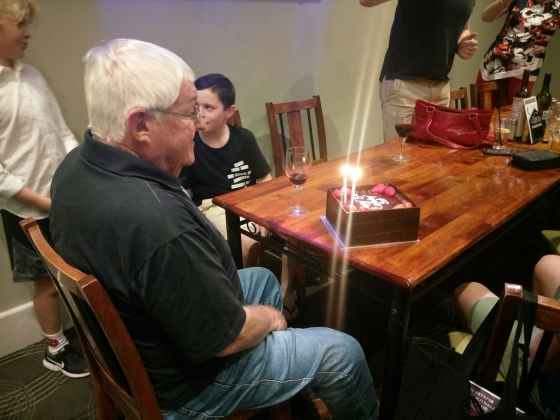 I think about the Christmas holidays we had as kids, often spent up the river. Invariably hot, we’d stay in parks and places like those around Lake Bonney. I still hold great affection for the Murray and we go there regularly with our boys. I thank you and Mum for this vital legacy.

But I do remember one time at Loxton when we came home to Kapunda early because Jill and I were fighting so much- not my fault mind you. Upon reflection this was especially disappointing as, by then, Jill and I were in our mid-thirties.

As always, it’s beautiful to be in the Barossa, thanks to everyone for coming here today. 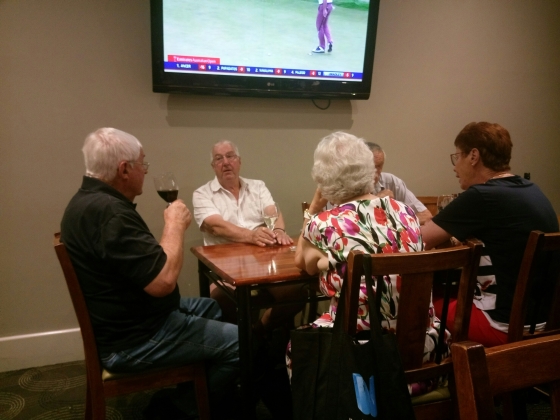 Dad loves to talk footy. When I ring up or we’re around a table with a shiraz in hand there’s a pattern to our discussion. We start with the Crows. Who’s playing well, who’s not? Will we make the finals? How good is the Honorable Edward A. Betts?

We then touch on Port. Not for long though. Years ago, I told Dad of how Tony Morrison, a keen Norwood fan, and the father of an old school friend, Claire, called Port “the Filth.” Then for a while when we’d mention Port instead of calling them “the Filth” Dad would call them “the Slime.” No, it’s not funny, is it Jill, but it amuses me still. The Slime.

We then move onto the SANFL and talk of Glenelg and how they’re travelling. Not much joy in recent years, but we used to speak glowingly of Rory Kirby and former captain Ty Allen. If on the terraces at the Bay I’d seen Peter “Super” Carey or Graham “Studley” Cornes I’d update Dad about the adoring crowds flocking around Super, and then of course, about those crowds somehow not adoring Graham. 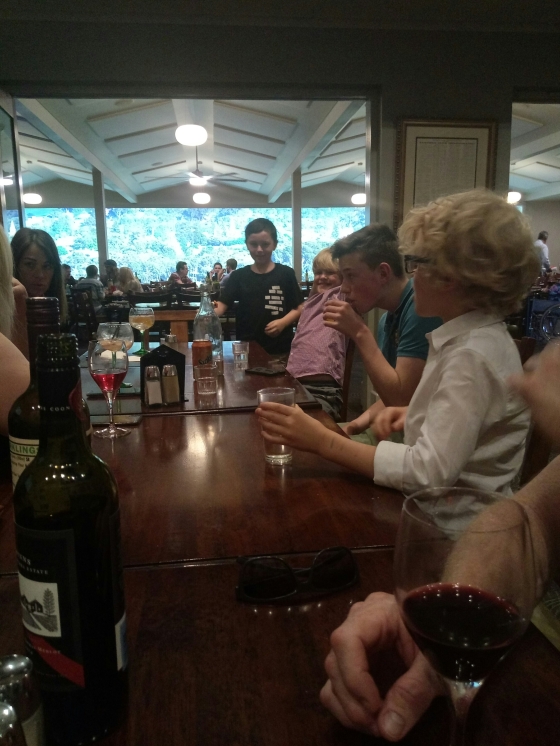 Finally, we move to the Barossa and Light and analyse the competition there. Who’s playing well for Tanunda and Nuri and, of course, Kapunda. Whenever I go to Dutton Park it makes me proud to see RW Randall on the life membership board. These chats remain important. Even when yakking about the Slime.

When Kerry and I lived in England Mum and Dad came to visit in 2004. We had a fantastic month or so travelling through England, Wales, Ireland, France and Italy. One night we saw a play called Blood Brothers at London’s Phoenix Theatre.

The story revolves around fraternal twins Mickey and Eddie, who were separated at birth, one subsequently being raised in a wealthy family, the other in a poor family. The different environments take the twins to opposite worlds, one becoming a councillor, and the other unemployed and in prison. They both fall in love with the same girl, causing a rift in their friendship and leading to the tragic loss of both.

We were in the front row and it was brilliant. See it if you can. At interval Mum and Kerry bought a bottle of Veuve Clicquot champagne. In second half everyone was crying again- Mum and Kerry at the tragedy of the story, Dad and I at how expensive the wine was.

We wish him and Mum well today, over the bowls season and for the future.

We love you. Now please raise your glasses.