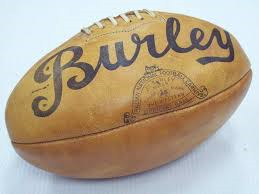 I love traditions, and footy rituals are special.

Tomorrow afternoon, an hour or so after lunch, the boys and I will walk down to Glenelg Oval. Backpacks, footy, coats. Alison Street, dash over Anzac Highway, cross the tram line, and then stroll along leafy Malcolm Street before entering the ground at the Rugless Street end.

We’ll then secure a spot on the sloping grassy mound in front of the scoreboard. Seconds later one of the boys, probably Max, needs a snack. From their backpacks these will be administered, drip-like across the day. Alex and Max only eat one meal a day. It starts around dawn and goes until after they’re in bed.

At half time, I get them a pie each from the stall adjacent to the Snout’s Louts bar. Sitting on the grass, these are eaten with joyous messiness. Sauce adds to the theatre and the washing machine.

During the third quarter at the Good Friday game they wanted to kick the footy so I sent them behind the southern goals- the Fred Phillis End (869 goals in 275 games from 1966-81 and the Magarey Medallist in 1969).

Coming back some time later they told me what had happened. Quickly abandoning their game Alex and Max completed a vital rite of passage. One that pleased me and their mum. They joined the unruly, scrambling throng of kids who race after the match ball when it sails over the fence after a goal or a behind. A tradition which dates back to the beginnings of the game itself. An instructive, robust custom.

“I nearly had the footy,” Max shouted. “But a big kid grabbed it from me. Then he dropped it. We were both on the ground, so I swam past him and got it.”

How cool I thought. What innocent fun. Get in there with a bunch of kids and try to touch a footy. Scramble about on a dusty hill to grab the Burley ball (probably the worst footy in the universe) and then attempt (often unsuccessfully) to heave it back over the tall mesh fence.

It’s remarkable what can be got from impromptu games. Even against the Dogs.