Pulling up at the Broadway pub on Friday afternoon Claire remarked on how atypically easy our drive had been from the city to the beach. So much so that the car’s clock displayed our triumphant arrival as –

This, of course, scientists will gladly tell you is the optimal afternoon pub starting time, at least in the southern hemisphere. Locating a cosy table in the beer garden we let an hour drift away and all was providential in our world.

Saturday our local footy team the Glenelg Tigers were hosting a twilight match and the boys and I headed down. Sitting on the eastern side the late winter sun (now, we all acknowledge that spring only commences after the equinox on either September 21 or 22, don’t we?) poured honeyed light across the grass, the sky and us.

As is customary Alex, Max and their mates watched minimal minutes of the match, their attention taken by hot chips, each other and roaming about the oval.

Glenelg skipped away early and kept West Adelaide subservient throughout, and it was a spectacular afternoon. The fresh air and stroll did us all some good.

Once each winter month we set our fire bucket going with some red gum and spend a glowing evening on the patio. Claire struck a match as we made our way home from the footy and we enjoyed a few hours in the crackling warmth.

Games give the night some diverting structure and we engaged in Family Feud which is based upon the eponymous TV show. One night I flicked on the box and caught this question, just before the show was axed. This may have been the question that finished it off, but I still can’t decide if it’s towering genius or beyond moronic. We surveyed our studio audience and got their top 100 responses to this:

Saturday night I read a question for Claire and Alex that went:

Claire and Alex called out running and cycling and others but couldn’t get the final reply which had seven responses. There was much guessing and frustration. Remember the question was:

Coming from the country that bought us Sco Mo and Warney’s autobiography called My Autobiography and XXXX Gold (at best a bronze product) the fourth reply was, you guessed it, exercise.

Sunday dawned as Father’s Day and we had Mum and Dad and my sister’s family over for a BBQ. It was sunny and warm and gentle. We ate lamb and chicken and beef. We had tossed salad and Thai noodle salad and red wine from McLaren Vale and the Barossa.

We spoke of renovations and footy and holidays. We then had Mum’s bread and butter pudding which may have had its origins in poverty but is now emblematic of comfort. The day was affirming and then it became late afternoon and with waving and tooting that was it.

It had been a glorious 48 hours in Glenelg. 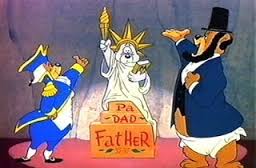 The chorizo is ferociously tasty, and just short of generating physical pain. It’s as hot as the Henley Beach weather is not. Outside, Alex and Max are leaping over some wooden benches. Storm surges roll past the jetty in thunderous grey and white. Even the seagulls shelter under the eaves. We’re starting Father’s Day at a café.

Alex went to his first cricket training last Sunday. Worried he wouldn’t be good enough, he had told me repeatedly that, “Ty can bowl at 55 kilometres an hour, Dad.” Indeed, his mum confirmed that he had bowled at a Jason Gillespie cricket centre with a speed gun measuring the pace of his looping delivery. Statistics can haunt us early in sport, and life.

Max batted first, and as the family expert, then showed Alex how to insert the box or protector as it’s now disappointingly known. What a curious sight, to see the boys bonding over a triangular plastic prism. Still brotherhood is a surprising beast and this shared skill is a most Australian thing. Not for the first time I considered a cricket box, and wiped a tear from my eye, although this was a parental observation, and not the wincing experience of an inadequate lower-order batsman on a dusty West Coast pitch.

Alex galloped in to bowl from an excessive run-up, all limbs and heart-breaking innocence. Max was back a pitch length as well, and reminded me of the Yorkshire fellow who once commented that a bowler ran too much before delivering the ball. “I don’t go that far for me holiday,” he noted.

He nodded as the coach advised on his action, listening well and taking it in. He’s made an investment in this sport, and already values his emerging place in this most Australian of pursuits. Too soon, his summers appear to be stretching out, in their endless, languid joy. He’s on his way.

Max and I went on his first school camp Monday, down to Narnu Farm on Hindmarsh Island. As a former teacher who gorged himself on camps early in his career, I reckon everyone has a lifetime quota. Although I reached mine years ago, I was excited. I was a volunteer.

I had some benevolent community-mindedness in jumping on that bus, but like many, a major motivation was to watch and learn, to see Max in action. Of course, I was going to spy on him.

As leader of Group 3 and its eight kids, we cycled through a set of activities including horseriding- the old gelding Pudding a class favourite; animal feeding- an escapee goat providing a highlight, as goats generally do, and finally; half-court tennis.

I played with Max and two of his friends. Between fetching balls from the neigh-bouring (sorry!) horse paddocks I discovered much. Dispensing with the medieval French scoring system we played first to twenty points. It was close throughout. If Max and his partner lost a point, there was no disappointment, just the fizzing joy of a close contest; an opportunity to go again, to share the action with his friends.

Self-appointed scorer, he’d jump up and down, proclaiming, 16- 15, and so on. He preferred it tight, to enhance the social connection. He had no wish to surge ahead, and claim an easy victory.

Great or errant shots with balls lurching about in exotic trigonometry offered little for Max. He simply wanted us: his mates, his Dad, himself, to zip about together on a tiny court in communal enterprise. He was entirely in the moment. That was his universe. I loved it. I’ve rarely been happier.

Later, in the bunkhouse, Max took himself off to bed around ten. Of the fifty kids, he was the first asleep, and I suspect, the first awake. One of his friends told me that in the morning, “Max told them funny stories” as they squirmed in their bunk beds with the sun struggling through.

The deputy principal was unsurprised that Max was done in moments. “He runs pretty hard.” I nodded, “He’s just the same at home.” Over his coffee the deputy continued, “He gives every minute a flogging, does our Max.”

I considered. Giving every minute a flogging. Beyond report cards, or NAPLAN results, this, I reflected, is exactly how I want them to tackle life.