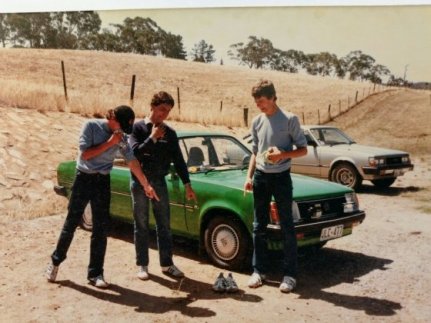 The waitress plonked down two Beef and Guinness pies, but my food envy was immediate and crushing.

Like a grinning fool I had ordered mine with chips and coleslaw, but ever the better judge, Claire went with mash and green beans.

It was strangely wintry Friday in Brisbane with the temperature pathetically marooned in the teens (some would suggest not unlike my psychology). Flying in from Mackay like characters in an old Paul Kelly song a tropical storm threatened.

Appropriately, we were in the Shelter Bar of the Story Bridge Hotel with our dear friend Stephen. We all went to Kapunda High, but it had been years since we’d sat around a pub table. Working in aviation he’s lived in Queensland for many a decade.

Continuing my misappropriated maxim of act local, drink global I opted for a Balter XPA, brewed down the road in Currumbin, while Claire chose a house white. Mine was tasty and compelling, but it was late afternoon on a Friday; a time when I’ve been known to stick my bonce in a sheep trough and come up smiling.

At school and in those golden years immediately following we were close with Stephen. He owned a new lime green Gemini. It had that most miraculous automotive accessory of the late twentieth century: the sunroof. Which when coupled with a Midnight Oil or Australian Crawl cassette made for unparalleled exhilaration on, say, the straight stretch past Freeling in transit to Adelaide Oval.

Dining and sipping Stephen reminded us of the old Story Bridge boozer. “It had low ceilings. Was always smoky and sweaty. I saw many bands in here. It’s one of a few iconic Brisbane pubs.” Looking about all was glass, polished timber and shafts of light. I wondered if the renovations had robbed it of its rough charisma, and imagined that I could be in Perth or London or Singapore.

Then I spotted a brush turkey pecking a chip in the beer garden. Perhaps not.

Our pies were magnificent.

The meat was tender, the pastry was suitably flaky and inviting to both fork and mouth, and the caramelised onions slumped over the lid were a zesty, brown treat. My coleslaw was a little bland; a result of over-reliance upon cabbage in the same way that if Prince Charles was a sole after-dinner speaker, then the entertainment might be wanting.

Immediately upon collecting us at the airport I recalled why we’d been friends with Stephen. He was interesting, thoughtful, witty and generous. Although it’d been years, too many years, we chatted as if one had simply ducked into the loo and re-joined the circle in Kapunda’s Clare Castle Hotel.

We spoke of the re-emergence of vinyl records and Stephen’s proud purchases including Daddy Cool and Captain Beefheart’s Trout Mask Replica which like Van Morrison’s Astral Weeks was an album that only revealed its curious but profound charms when our adolescence was safely in the rear-view mirror (of the Gemini).

We had another drink. I stayed with the Gold Coast’s own and Claire switched from house white to house red. This was catastrophic (in a decidedly first world way) with the wine undrinkable, even, I suspect, by alcoholic cats. I wondered about the marketing potential in travelling about our vast country, and cataloguing and reviewing house wines for a specific, perhaps, caravanning audience. As my old Wudinna mate Dick would say, “It’s a pissabolity.”

Having moved easily and happily between the present and the recent and not-so-recent past it was time for us to go. It had been a wonderful afternoon of nostalgia and news.

Kangaroo Point’s Story Bridge Hotel is a superb place for old friends. Especially those who shared many a moment in a lime green Gemini. 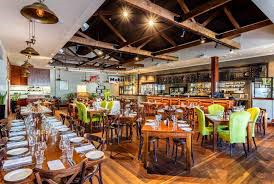 2 thoughts on “Pub Review: A Story from the Story Bridge Hotel”