Among the minor benefits of my brief stint working nearly an hour from home at an architecturally-barren university campus is that my commute takes me through the rich and diverse pub destination of Port Adelaide and surrounds.

The Lord Exmouth is a corner pub just to the south of bustling and charismatic Semaphore Road where it sits on a suburban street. Its crooked front veranda, suggestive of the curious experiences promised within. For inside is a 1970’s museum.

Old mate Bob has a slender window between work and baseball commitments so agrees to meet for a brisk cup. It’s happy hour at this boozer, also known as the Monkey House, so-named as there’s dozens of toy monkeys crammed into the shelves above the bar. Of course it doesn’t matter why these are there, only that they are.

Bob gets a West End Draught and it’s only $3.50. This sets a happily nostalgic tone. My personal bravery has always been in question so I avoid his example and order a Coopers. The front bar is narrow and unlikely to have enjoyed any form of renovation since Gough strolled about Parliament House. 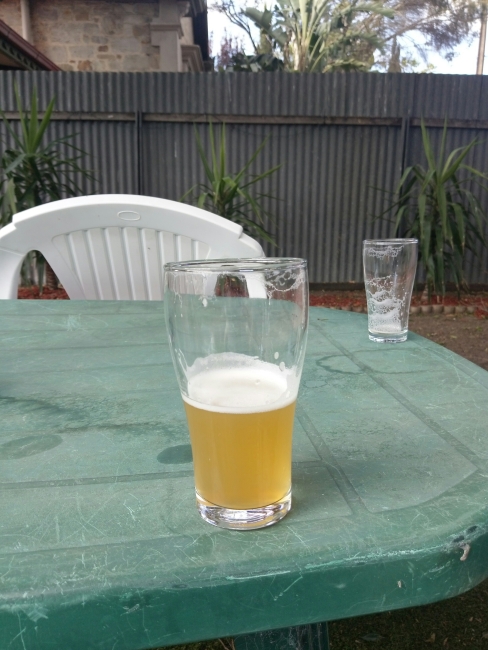 There’s six or eight chaps in there too, and I’m sure this is exactly as they prefer it. They engage in banter about those who are here, and those who aren’t, with the easy familiarity of men who’ve invested many a regular hour, or three, in here.

Graham and Barbara Cox have run the place since the late 1970’s. It’s a family affair and their daughter is a flight attendant but can often be found behind the bar when she’s home. I wonder if she motions elegantly towards the doors, telling new patrons that, “In case of an emergency the exits are located here, and here.” And if she hands a punter a particularly astringent glass of, say, moselle, I also imagine she crisply urges that they, “Brace, brace.”

Our nostalgic theme continues when I mention to Bob that the pub was featured in the films Wolf Creek and Australian Rules. Taking in the interior with its authentic 1970’s decor and vaguely haunting mis en scene I can’t imagine either film’s art director had to do much in the way of preparation.

Graham lets us out the back to the cosy and welcoming beer garden. There’s a rectangle of lawn (dirt) and like Mick Taylor himself, some weathered tables are scattered about. Each table has multiple fliers advertising the pub’s Christmas Eve festivities and I suggest to Bob, “That’s you sorted then.” But he seems uncertain.

Now both helplessly trapped in our 1970’s youth we speak of the Kapunda Cricket Club; currently keen to attract former players to its struggling third team. Our comebacks to this formative outfit are probably more imagined than real, but it’s victimless to dream. West End Draught can do this to unsuspecting men.

Our beers drained we wander back through the bar where Terry is being ribbed in his inexcusable absence and we move out into the Wednesday afternoon. We’ve spent the previous half an hour so deep in the past that I’m surprised there’s not a HQ Holden and a brown Torana awaiting us.

I’m also shocked that I’m not twenty pounds lighter and sporting a mullet.

The Lord Exmouth is another excellent pub discovery, down at the Port.