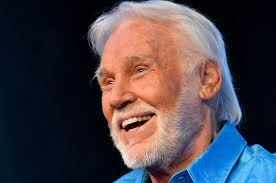 On “Islands in the Stream” who provides the superior performance: Dolly or Kenny? Asking for a friend.

Shaun: Dolly in a close one.

Rebecca: Dolly totally – she set out to get him with a fine tooth comb. That is commitment!

Nicole: Not even a question…Dolly.

Mickey:  I’ve just got off the phone with Kenny who’s pretty disappointed. Next year’s Adelaide concert is now cancelled!

Mickey: And he wants back his fine tooth comb.

Greg:  I feel obliged to dip my toe into this water. Kenny is without doubt the seemingly underrated star of this vocal conglomeration. He starts it. He finishes it. He loans it out in the middle a bit, but essentially, he owns the heck out of it. I know for a fact that Ernest Hemingway himself owns a ‘rough cut’ version of the track with none of Dolly’s parts…arguably the way it should be. I’m no chauvinist, but Dolly should be thankful she was brought along for the ride on this one. 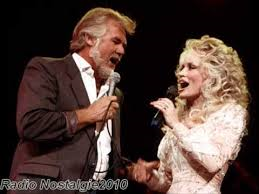 Nicole: Greg I thought you & I were heading towards a meaningful relationship based on our shared Sylvia experience…I have serious doubts now…just the mere mention of the song evokes the sound of Dolly singing her part…the words, the emotion…I recall nothing of Kenny’s part!

Greg: Kenny mentions islands and streams several times by my recollection. That is what he was*. I can’t vouch for Dolly, but he ‘had something goin’ on’.

Maurie:  I have a mate that goes fishing every year in March on the Murray. They all use small boats called tinnies with small outboards. Why do I mention this? The islands in the river are few, but I guess that does qualify for islands in the stream. The guys have special T- shirts each year and have a biggest fish prize. I guess my end comment would be they call the trip Tinnies In The Steam. 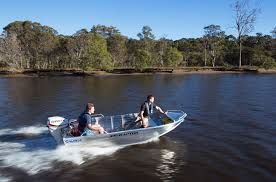 Greg: Let it never be said that they were not significant parts, but could not quite cast a shadow over Kenny. And now that I think of it, with two Adam’s apples like that you’d think she’d have had a deeper voice wouldn’t you?

Peter: Neither have covered themselves in glory in my humble opinion. A passionless performance from both.

Rick: Greg, afraid you’re a little out in your assessment. By the time this duet was released Kenny was the biggest country star going around. Johnny had lost his touch. Merle and George were struggling. Charlie wasn’t recording. Kenny was riding high. His bland inoffensive MOR sold millions. Dolly was hanging in there (barely) based on her reputation and a couple of films. They record this Bee Gees tripe (Kenny recorded a number of Gibb songs; Johnny at the same time recorded Springsteen and Elvis Costello with no success). At the time Kenny was king of country, Dolly hardly allowed into the court. They toured Australia around this time or a bit after. In concert there was no contest. Kenny was good. But he was in his Las Vegas lounge period. He didnt even sing all of Coward of the County! That’s right. We didn’t get to hear, “and you could’ve heard a pin drop when Tommy stopped and closed the door”! Criminal mistake. Great voice, stage pressence but a lot of so what songs. Dolly was magnificent. Pure performer. A stand up comic, charmer, brilliant string instrument musician and that voice. Left Kenny and most others (including Porter) in her wake. She wins hands down. No contest. That is all. Cheers!

Greg:  My rebuttal is twofold: 1- Kenny had a better beard. 2. It would seem you’re basing all of your statements on facts and/or personal experience, and those factors have no place in any argument I enjoy being a party to.

Mickey: Are you aware that Kenny is the name behind Asia’s favourite country music themed, family-friendly, roast chicken restaurant chain and that our five times married Texan baritone personally guarantees the quality of your meal? What has Dolly ever done for the global roast chicken industry? Just sayin’. 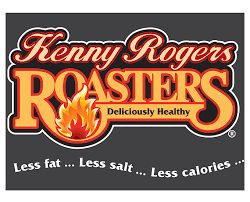 Sarah:  C’mon, fair go. She may not be an Asian food chain but she’s doing her best. Her 6 reviews place her at 4.5 stars.

Marc: Dolly by a mile.