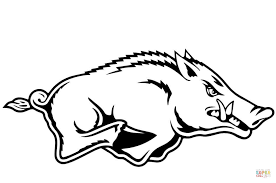 I hung over the side of my bed, and peered underneath. I expected to see a pair of blood-shot eyes and a pair of yellowing tusks, threatening to pierce my person. No, as near as I could tell, there was no razorback in my room.

More sudden movement as if something large was scurrying about on the tiled floor. It seemed to be trapped and decidedly unhappy. I thought briefly of the film, The Exorcist when young Regan’s bed starts bouncing about in downtown Washington. I wondered if Fathers Merrin and Karras could help me. Twenty-three stories up in a Darwin motel on a Monday, just before dawn, is as good a place as any for some demonic possession. Afterall, it was Holy Week.

Just as I was about to shout, “The power of Christ compels you!” I leapt from bed and rushed to the window to peer out across the harbour. It had only been a week since Darwin had somehow endured Cyclone Marcus, its worst storm since Tracy, in 1974. The palm fronds were still and the water was flat. What was happening?

I then did that most 2018 of things, I googled it. Earthquake. 6.6 on the Richter Scale and several hundred kilometers north in the Banda Sea adjacent to Indonesia. By now the clattering commotion had stopped. I’d been more curious than frightened. It lasted maybe fifteen seconds and had been unlike the Hollywood, Spielberg versions with swaying walls and rolling floors like an oceanic wave was pounding through.

It did seem more like a deranged beast than a seismic event, more satanic explosion than sudden release of stored energy from deep in the earth’s interior. Later I texted Kerry down in Adelaide and told her the earthquake had reminded me of the cult 1984 Australian film Razorback. Her reply pinged, Wakey wakey, hands off snakey!!

While the week begun with sudden violence upon the good earth it finished with a gentle afternoon of petanque on our own patch of the planet, the comforting rectangle of backyard lawn.

Yesterday our Max, our bright, challenging, playful Max turned eight and we had a family barbeque. He received some cash, a nerf gun and some Captain Underpants books which, of course, are all you need as you start moving through your ninth year.

Late afternoon in the warming sun and from a dark corner of the shed we dragged out the petanque set I’d been given by Sylvie, the French exchange teacher I’d worked with many years ago.

Fresh off a week during which he’d won two Division 1 bowls grand finals up in the Barossa Dad was all over the kitty early. In one of these finals they’d beaten the affectionately described Tanunda Boxheads, and this is always a treat. He’s now played in nearly thirty bowls grand finals. I think this is remarkable.

I then subbed myself out, and handed my silver balls (sic) to Alex so I could tend the barbecuing over at Beefmaster Central. As I seared, flipped and poked I’d hear the occasional crack as the metal orbs clashed on the lawn and there’d be a burst of commentary from Dad or Barry or Mitchell.

It took me back to our Mediterranean travels and watching loose knots of older men playing similar games in parks or on the dirt in Italian seaside cities, and for me the past and the present came together for a happy moment.

Mum and my sister Jill took some photos, and this one is brilliant as it captures the scene so perfectly, it could’ve been constructed by a film director. There’s a singularity of focus and a shared application. It’s self-contained, and even Max, especially Max, the birthday boy, is a participant. He’s there, surrounded by his wider family, luxuriating in his petite gang, as they move up and down the lawn.

The mise-en-scène, the storytelling of this picture is grand, and personally compelling. It’s already a favourite photo.

After the destructive movement of Monday morning up in the tropics, back here on Good Friday, this photo freezes time and earth as it offers up a gift of stillness.