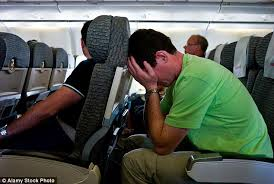 I’ve played by the rules, but you haven’t, Qantas. Five weeks’ ago, I filled in one of your so-called customer care feedback forms. You suggested I’d get a reply quickly. I haven’t.

It’s almost as if you don’t, well, care. So I thought I’d try this.

We booked our recent flights to and from Brisbane with Qantas as we wanted a full-service experience. We were happy to pay extra as we travel with our sons who are seven and nine. Our experience was poor. It was, at best, a decidedly budget experience.

On our first flights, we had rear seat screens, which were great. On the return flights, we did not. It is a grim lottery with the winning ticket a personal screen and the losing ticket the offer of an entertainment app. We do not each have an iPad, and if an app is deemed a service then it’s one for which I’d rather not pay. I can load films, music and games on our devices if required. Yeah, crazy, I know! But, I’d like to know in advance.

It was a long and uncomfortable flight home.

The inflight meal was a bag of about six split chick-peas and some horrible eggplant dipping sauce. Of course, our boys love eggplant, as I’m sure you know, as do all young boys. Just kidding! This was rubbish, and in no way justified the extra money we had spent. 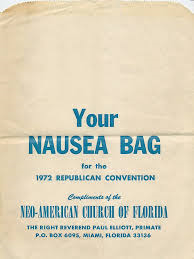 To then be offered a beer or wine for six dollars was an additional insult. Seriously? Given the money we paid I reckon a free (not really) beer is the minimum offering. Even a crappy XXXX Gold. Full service? Not on my planet.

On this flight one of the rear, economy class toilets was not working so we sent our boys to the toilets at the front of the plane. The one working toilet at the rear was occupied. The male flight attendant immediately and ungraciously sent them back from the business class facility as if they were rabid dogs.

As we’re toiling proletariat this I can partly understand, but less than a minute later an adult passenger, also from economy, made his way to the business class toilets. He was not sent back, and this, quite frankly, pisses me off. If we’re having total segregation, then do it properly, please. In 2018, ageism is such an ugly look.

I must say that the female flight attendants were excellent in that they were friendly and helpful. My wife and I really appreciated their efforts.

However, this did not convince me that we should fly Qantas again.

I’d rather save my money and go with Virgin or Tiger. With these you get what you pay for. With Qantas, you pay extra and receive a very budget, very disappointing service.

This continues a rather poor run of experiences with your company.  One Christmas when we lived in Singapore we flew home to Adelaide. We were very excited. But we were sat by the toilets, on the overnight flight, which I can only suggest, quickly reminded me of a poorly-maintained abattoir during a heatwave.

But that is a story for another time. 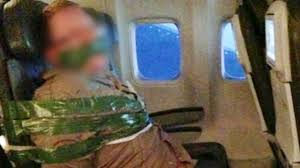