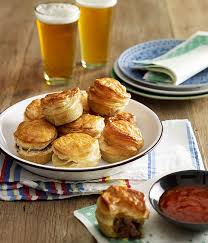 AFL Grand Final morning is fantastic. Buzzing expectations, glancing yet again at your watch, and finding stuff to distract the racing mind. At this point my cousin would apply Sparkling Ale, but today we choose modest exercise.

It’s cool in the Clare Valley, and the sun’s out, and the trees and the fairways of the golf course burst with warm promise and stratospheric, if fragile, hope. We only play nine holes, so we don’t need a lunchtime Zimmer or gopher. I take it as a minor omen that I don’t lose my ball.

The town has three pubs and these are, of course, the Top, the Middle and the Bottom pubs. Australians really do enjoy a rare and efficient grasp of geography. With an alluring alliterative splash, the Bottom is also the Bentley’s, and the Top is, yes, you guessed it, the Taminga.

Our tables were by the open windows overlooking the street, and as the breeze dashed in and out, we could see trucks and utes, lazily circling the roundabout. Opposite was Pink’s Mitre 10 Hardware, and I was fearful that this sleepy winery village had been invaded by that dreadful wailing popster. Imagine my relief upon learning that the Pink family has run their store for six generations, and never released a hideously overwrought album of faux-feminist tosh. 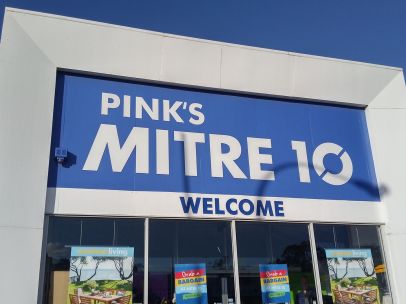 In order to set the afternoon’s rules of play I said, “What do you reckon? Every time Bruce (the match commentator) says, ‘clever’ Mozz has to woof down his beer.”

All agreed, except for Mozz.

In truth, drinking games are best left in our juvenile past, and we quickly recognised that no earthly good could come of my idea. Plus, there was the after-dark, safely back in our room, Karaoke to follow, and we had Ol ’55, Glen Campbell and the enormously patient Neil Diamond to cheerfully demolish.

Is there anything that generates such excessive expectation as complimentary party pies? No, of course not. And there were also wedges put out by the bar staff, but these conglomerates of oil and mistreated potato put me in mind of a semi-mythical fat-berg, easing along a London sewer in a decidedly sinister fashion.

Don’t you love suddenly remembering a great song? One you’ve not heard in a while? The pre-match entertainment was American band The Killers who I’ve always admired. Their fifteen-minute set was a treat, in contrast to Meatloaf, universally known as the evil mastermind responsible for the “Massacre at the MCG.”

But it’s only at the post-game concert that they played their finest song, “All These Things That I’ve Done.” Included on their 2004 debut Hot Fuss, it’s a classic of heartland rock. For days now, I’ve had it on repeat at home, in the car, and for personal health reasons, at work.

It reminds me of U2 from their Joshua Tree era, when they were the mightiest band on the planet. There’s a rousing intro which is reminiscent of “Where The Streets Have No Name,” as the pounding drums and catchy guitar conjure an anthemic boldness, and a soaring gospel quality.

Like so much of Bono and band’s output, it’s about the seeking of redemption.

I want to stand up, I want to let go

I wanna shine on in the hearts of man

I want a meaning from the back of my broken hand

Now, Bono is largely a git wearing glasses around the clock, but for two decades the Dubliners were remarkable. They combined words and music with singular mastery.

As the Sweet Inspirations choir bursts to joyous life on the refrain- “I’m got soul, but I’m not a soldier,” I’d love to be at a huge, summery football stadium when the crowd sings along, with front man Brandon Flowers waving his microphone at the bouncing masses. A sign of modern esteem is parody, and the British comic Bill Bailey once pronounced in response to The Killers, “I’ve got ham, but I’m not a hamster.”

“Mr Brightside” may be more popular, and a track on which Richmond Tigers star Jack Riewoldt guests, but “All These Things That I’ve Done” is a stirring song that takes me to splendid places. 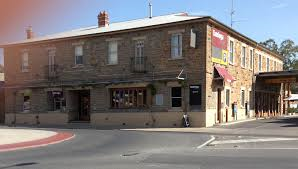