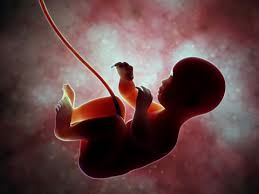 Having fled work, I was scurrying along Greenhill Road towards its most westerly origin where it is neither green nor hilly. I was thinking ahead to the hour or so of Friday sunshine left in the week and how it’d be happily spent. Park, dogs, boys, a few dobs of the footy in the closing dark.

As birthdays go it’d been fine. Not quite up there with the birthday I had years ago, by Lake Balaton in western Hungary when we had a lovely lunch of pilsner beer and goulash overlooking the water in the glorious European summer, but pleasant enough.

Like a car’s agitated navigator trying to really concentrate on a crucial part of the journey, I turned down the radio as the thought formed fully in my mind.

A decade. It was now a decade.

I swung down Anzac Highway and commenced the vaguely downhill run to home. A few tears then formed hotly. I was having a moment.

It was ten years to the day that we learned Alex was on his way.

I recall much of Saturday June 16, 2007. My dear old mate Chris was down from Brisbane, and he had stayed with us the previous night.

It was a sunny day and early in the morning Kerry thought we should definitely go to the doctor. She’d done a test at home. It was positive.

From then on, the day, my birthday assumes a nimble quality as though we’re in a floating cocoon and the world is spinning but without our interest or participation. This most physical, most real of events is confirmed, and all about me has now assumed a gentler quality; a welcoming, smiling face. The simplest household items are invested with magic and wonder.

That evening we dined with friends at a now long-closed Polish restaurant just off Henley Square. The Adelaide Crows played the Kangaroos on the Gold Coast and in those pre-smart phone days my mate Bob was texted the score at the end of every quarter. We won. The food was good, but I mostly remember the sense of our brilliant warm secret, the fuzzy binary code and a feeling that we were in a happy, symmetrical orbit.

Like every decade, it has been full and fast. Everything has changed. Much is as it was.

Alex was born a week after his mum’s birthday. Two years after his little brother Max came along. We left Australia for Singapore, and then returned. Now there’s karate and dogs, guitars and school.

And so, every year I remember that birthday, now a decade back, when the anniversary of my birth was also the day we learned that Alex was on his beautiful, astonishing way.