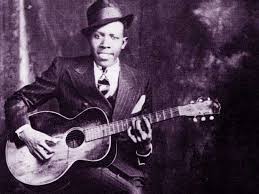 Who forgot the apostrophe? Mick or Keith? Should it be Beggar’s Banquet or Beggars’ Banquet? I prefer the later, imagining a mythical party hosted by the Rolling Stones somewhere like, say, Tangier in Morocco.

Punctuation marks denoting possession aside, this 1968 release is the most fun of their career with sitars, LA’s Watts Street Gospel Choir and a polite devil all prominent. Forgetting the psychedelic swill of Their Satanic Majesties Request, this album’s ambitious but also homage to their American influences.

The music of Satan is not, as many might attest, heavy metal or any of its more ridiculously camp variants. His accompaniment, of course, is something much more seductive. Opening Beggars Banquet is “Sympathy for the Devil” which is narrated by Lucifer himself.

Underpinned by congas the music is a samba: hypnotic, sexual, inescapably charismatic. And there’s the Devil, resplendent in a sharp suit, drawing you in over a cocktail with his allure, but also his invisible menace. Indeed, the opening to this dramatic monologue is a deferential “Please allow me to introduce myself…”

In the days after its release, I imagine God-fearing folk from places like Lynchburg, Virginia quivering at Mick’s vocals, but I reckon it’s now fanciful fun, fetching theatre.

In Keith Richards’ autobiography Life my favourite vignette centres upon the young author and his grandfather in Soho, during the austere 1950’s. Upon seeing a poor urchin, the elder asks, “Keith, have you got a shilling?”

“Good. Now go and give it to that boy. He needs it more than you.” Keith does.

Keith opened his hand. In it were two shillings.

“Dear Doctor” is the third track and takes us musically and narratively to the American south with the mawkish tale of a doomed boy, trapped to his betrothed.

The melodramatic context is clunky, but it’s one of the record’s fine acoustic songs that could be dismissed as irreverent; making fun of the genre. However, this would misjudge the band’s deep admiration for this music, as they deliver us to their beloved blues and country destinations. Worship, and not cheap parody is driving the pick-up. Such is the authenticity of Mick’s vocal characterisation that the finale is a relief for us all

But I have no courage to speak to your face.

But I’m down in Virginia with your cousin Lou

There be no wedding today.

In February 1965, my Mum and Dad saw the Rolling Stones at Centennial Hall. It was part of the Showgrounds, but the building is now demolished. A short Par 4 from where I work, and commuting past, I envisage flickering black and white footage and screaming. Shrill, teenaged, screaming.

Roy Orbison took the stage beforehand and with his voice like “the cry of an angel falling backward through an open window” the crowd adored him. But then, Mum and Dad both remember the Stones being booed and jeered. What? They played eight songs with competent energy, but it was too late. Adelaide loved the Big O, and gave the boys from Dartford the Big A.

The Rolling Stones are now popularly connected to the electric guitar, but on Beggars Banquet the acoustic songs generate much of the fun. “Prodigal Son” is a country blues, Bible-infused number that on the record’s early pressings was wrongly attributed to Jagger and Richards. It was by the Rev. Robert Wilkins, a Memphis gospel singer and herb medicine specialist whose first recording was “Rolling Stone Blues, Parts I & II.” It dates from 1928.

It’s a reminder that they still loved the blues and regarded themselves as belonging to Memphis as much as London. “Prodigal Son” is a terrific driving song, and the Mississippi swims into widescreen view as Mick’s harmonica eddies and swirls across the speakers.

The album is colonized by rich characters and the richest here is the “Factory Girl.” It’s a curious amalgam with violins, South Asian congas or tablas giving it a Hindustani feel and Mick’s mid-Western vowels providing a pilgrimage too. The girl is irrepressible: catching buses, sporting “curlers in her hair” and loving a weekend fight. Even with the “stains all down her dress” she’s attractive. It’s my pet track.

Opening the batting for the band’s astonishing run of form which witnessed consecutive centuries through Beggars Banquet, Let It Bleed, Sticky Fingers and Exile on Main St, it’s a whirling, boisterous set. While it doesn’t gather the acclaim of its successors, it’s their most fun record.

And I’m not sure that the title’s absent apostrophe is rock’s greatest grammatical crime. This surely belongs to Paul McCartney’s “Live and Let Die” for its maddeningly redundant preposition, which if you’re not vigilant, sticks in your head like a rusty nail

But if this ever changin’ world

In which we live in.