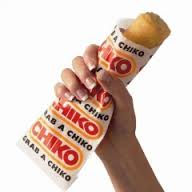 Sporting teams are rarely singular, and often present as splintered groups, but wearing the same uniform. Australian cricket is illustrative. Bradman’s leadership caused edgy subtexts between the Catholics and Protestants, while under Ponting and Clarke the dressing room was less camp fire cosy than front bar brawl.

The Gold Coast Suns is a peculiar ensemble. In one corner, gathered in pre-bounce worship, there’s the Gold Coast Sons (of God). Led sermonically by Gazza, the son of another God, they’re a puritanical enclave. And in a night-clubbish nook, under strobing lights, with UDL cans and thin boundary lines of white powder (not the type used at ancient footy ovals) we’ve the Gold Coast Sins.

This is our family’s first footy match. We’ve been back in Australia for a few weeks, and today our boys make their Mitani Chicken Salt Adelaide Oval debut. We take the Glenelg tram in.

For the first time the Crows have three Rorys in their side, but Gold Coast jump early with two brisk goals. Kade Kolodjashnij gets the ball across to Nick Malceski, and I wonder how local commentator KG Cunningham might have managed that with his exotic pronunciation. Soon after the Crows find some fluency with a neat sequence of disposals and Walker gets us away. The scoreboard’s level at the break.

Exploring the revamped Adelaide Oval’s eastern side I discover the Garry McIntosh Bar. In the pit of winter I once saw the iconic Norwood hard man in a Parade pub. Alone on a stool, wearing shorts, singlet and thongs, he looked as if he’d come from the cricket. He wasn’t having a drink, but a large cigar.

I then cross the Graham Cornes Deck, and think it well-named given that there have likely been many who’d merrily deck Graham Cornes.

It’s a bright and breezy afternoon, and monolithic Sun Chaz Dixon then takes a contested, one-handed grab. But we have Charlie Cameron, a fleet fox in our forward line. Confidence growing, he runs onto a loose ball, collects it and converts.

Our boys enjoy the footy. They clap and cheer and inhale food like Merv on twelfth man duties. The wife gets a chiko roll. It’s disappointing. I think she’s right. Conceptually great, but ultimately an inadequate vehicle for bad cabbage.

Some officiating decisions appear inconsistent, and the crowd boos like we’re at a Christmas panto. They have a point as you’d expect a better affinity between umpires Farmer and Hay.

Behind the grandstand at half time I spot a menu

* May contain traces of chicken salt

For the Crows Lever and Laird have been impressive in defence, against the Suns’ behemoths. In his breakout season Laird is magnificent. He’s a solid mark, and composed decision-maker.

Jenkins goals, but he’s got the chassis of a Leyland P76, while under his bonnet is a misfiring lawnmower engine. Mercifully, at the other end Charlie Dixon line is astray, with his kicking affected by the swirling gusts.

At three-quarter time we have a double substitution. Our youngest is done for the day, and he and his mum head to the tram. Both have played well.

Sixteen seconds into the final period, Douglas dashes to half forward and with his deceptively long kick he goals. Harley Bennell has been good in his first game back, but yet again the loss of Ablett is telling. Without the son, the Suns are eclipsed.

Young Crow Knight goals tidily to conclude the game, and just misses the Mitani Chicken Salt hoarding on the Riverbank Stand. If he’d struck it the entire crowd would’ve received a lifetime supply of chicken salt.

After the siren we’re siphoned across the Torrens footbridge to the canary yellow tram. We’ve had a top afternoon in Row X of the Gavin Wanganeen Stand.

It’s great to be home. 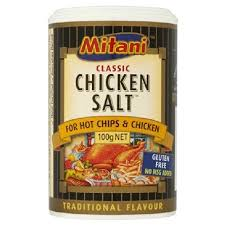