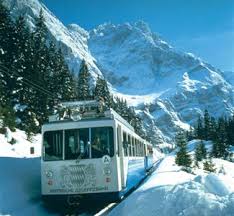 In Munich I thought about Tom. He’s the agriculture teacher at my Hertfordshire school. A kindly, magnificently original fellow, he’s the volunteer every community needs.

Once during daily briefing Tom announced, “Can you please tell the students that today’s Ferret Club is cancelled? I arrived this morning to find all the ferrets have escaped. Actually, until further notice there won’t be any Ferret Club.”

I also remember him collecting some German exchange students on the school bus. Learning they were landing at Heathrow just after lunch Tom said, “Are we sure they’re Germans? I thought they only flew over here at night.”

Afternoon in Munich, and Alex, Max and I go on a canal walk. The trees are bare in the gothic style of a Tim Burton film. The sky’s dark and close. Church spires dominate, and it’s great that nothing can be taller than the Frauenkirche or Cathedral of Our Dear Lady. In Singapore, where we live, building heights are limited by the unromantic practicalities of flight paths.

The boys rush at an entirely wooden playground. The ground’s covered in bark chips and not recycled rubber. Ah, the Old World. As they would in any place and at any time, they bound about like Labradors. At year’s end, it’s renewing.

Is it pointless to traverse the planet and visit a playground? No, I think it’s precisely the reason. You can’t just sprint maniacally from museum to cobblestoned market to ancient freaking monument. The spontaneities, especially if they spark out of a dismal Bavarian park, are to be enjoyed.

Despite growing only cold gravel, the biergarten of The Golden Leaf craftily invites us in for refreshment. Then, with the sun slung low we ramble on. On this jet lagged day, what better to discover than another pub? Why a brewery, of course!

Looming over the Falkenstraße apartments, the Paulaner brewery is a titanic complex including a warmly timbered bar and restaurant. Outside, copper vats cast shadows. Inside, gabbling folk gallop into the cheer. Hefe-Weißbier and apple juices downed, we head back into our afternoon.

We promised the boys snow. More like an Adelaide winter, Munich was obscenely warm. We were frantic. With no snow forecast we travel by rail and funicular to Zugspitze, home to three glaciers and Germany’s highest mountain. Yes, trains are The Rolling Stones and buses are a dreadful Boyzone tribute band.

Outside our window snow patches expand and multiply. Disembarking, and then climbing the stairs, we burst out onto a bright, white plateau. It’s vast, majestic, elemental. It’s life, our life, untainted and festive.

Having whispered to each other in that obvious, magical way as we soared skywards in the train, Alex and Max throw snow at us. We play along. Undentably excited, they slip on the ice like newborn giraffes. I swing between laughter and tears.

Next they jump above me on a platform while I take some photos. The westerly sun devours them in its halo, and across the azure emptiness I can see to Austria, Switzerland and Italy. I’m a lapsed Catholic, but standing at the top of Germany, I can almost feel the hand of God.

It’s Christmas and we’ve hauled our boys a long way from the burnt dirt of home. A long way from family and Nanny’s fruit mince pies and friends and Paul Kelly’s story telling as the Boxing Day Test wanders along like an unending Sunday. But this is our gift. This is, I hope, a noble investment in our boys.

We descend to the handsome mountain resort of Garmisch-Partenkirchen. Home to the 1936 Winter Olympics, it borders the town of Wank. Wank has a cable car too. It’s called the Wankbahn. I know, I know. But this’ll still be funny to me, and not a few of you, when I’m an octogenarian. Wank.

There’s a cosy knot of stalls selling handicrafts, Bratwurst the length of rope and the wife’s Germanic weapon of choice, Glühwein. A Christmas market! A man roasts chestnuts. Dogs scamper. Alex and Max spring onto the small stage, and dance. For the first time in days, I don’t hear Slade’s “Merry Christmas Everybody.” I look over the thunderous, darkening valley. It’s a moment.

Wirtshaus in der Au is a Bavarian restaurant famous for dumplings and jazz, and often hosts Dixieland outfit the Occam-Street Footwarmers, which formed in 1953.

We see servers in Lederhosen and bosomy women conveying steins of lager in which a netted shark could drown. We eat roast pork and schnitzel and pork knuckle. Now dreamily helpless, we are upsold from ice cream to the Dessertbrettl.

A regal interval. Then, after a victorious tour of the restaurant, accompanied by sparklers and a clanging cowbell, the Dessertbrettl is carefully docked onto our table’s mothership as if in an indecent pudding version of 2001: A Space Odyssey. Other diners clap our monstrous gluttony. I can almost hear Wagner. I imagine the waiters who sell these are rewarded with a trip to Majorca.

It is a wagon of lard. There’s ice cream, jellies, chocolates, a vanilla cream pot, mousse, token cubes of fruit, strudel, cakes, and much more. We drag most of this calorific beast home, and subsequently to Paris. Next millennium, an archeologist will dig up our Dessertbrettl, and when no one is looking, eat it.

Is anything better than falling snow? It’s too, too long since we last saw some a decade ago. Despite the joy of Zugspitze this is the first time for Alex and Max. It cascades down, and bedspreads the city and us. It’s bliss.

Later, with the boys asleep, the wife opens a window, thrusts her paw at the ledge, and makes a vodka and fresh snow! You can’t buy one of these from a Marina Bay Sands mixologist. Our snowy pilgrimage is complete. It’s the perfect coda to our week in Munich.

Next we wrestle Paris. 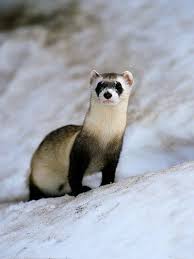