Driving Alex and his mates to Adelaide Oval last Sunday I’m reminded of the final line from 1986’s coming-of-age film, Stand by Me, in which the narrator ponders his distant childhood with affection and melancholy:

I never had any friends later on like the ones I had when I was twelve. Jesus, does anyone?

We’re heading to see Glenelg contest its first SANFL final since these boys were toddlers. I’m keen for the Tigers to secure a spot in the grand final, but by sunset I’ll have learnt, all over again, that at best, football should only be a happy distraction.

It’s an archetypal early spring day: fluctuating between encouraging sun, blustery breeze, and quick showers. On our way to Hindley Street the car radio’s on. As it better matches where these boys are at I’ve changed stations from Triple J to commercial pop music. The songs seem immediate and disposable, but my passengers are more interested in rapid chat about teachers; food both healthy and not; exotic classmates; a recent school camp in the Adelaide Hills.

We see the fourth quarter of the Norwood and Crows match. Despite a spirited finish by the Redlegs, the tricolour interlopers advance to the preliminary final. Sitting in front of the Sir Edwin Smith Stand, of course the boys spear straight down to the fence, so they can get as close as possible to the action, although for most of the afternoon they enthusiastically ignore the footy.

They eat. They chat. They laugh. They do whole mobs of stuff except watch the action.

For them footy is mere situational context; Aristotelian theatre of minor consequence; a fuzzy backdrop to their endless, summery banter. 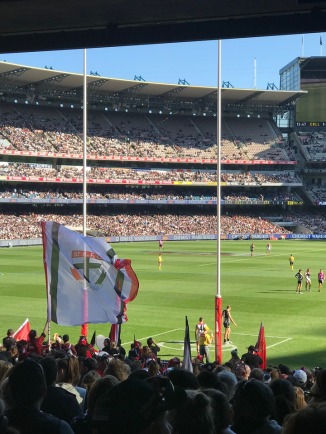 Glenelg and Port is pulsating. The Magpies are taller, bigger and dominate aerially, but the Bays appear to quicken as the shadows lengthen. The boys’ chat continues.

“I met Steve Smith at the Cricket Warehouse when I was six. Mum let me have the day off school.”

“Jacob, are you going to do karate next year?”

I love the easy egalitarianism among them. Each takes his turn, enjoys his moments in the sun, is allowed his voice. There’s no clear pecking order or obvious Alpha male. There’s esprit de corps.

At half time they dash behind the stand onto the lawns for some kick-to-kick while I watch their black backpacks, bursting with snacks as we arrived, and now mostly empty like deflated tyres. 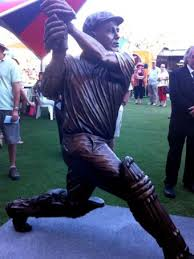 Stretching my legs too I wander down to the ornamental grass. There’s an irresistible puddle. The boys are bunched by the statue of Boof Lehmann while Alex skims his footy through the water and at them, again and again while they squirm and shriek. However, they’re wet and it’s fresh so I ask them to stop. They do. Maybe I should’ve left them to it. Boof is spared further drenching.

In the gathering gloom (literal and metaphorical; tending towards pathetic fallacy) Port win by four points over a fast-finishing Glenelg. The boys exclaim their vague despair, but it’s vaporised before we exit the Southern Plaza and their natural natter then pings about, as it should. We cross the footbridge.

With my headlights cutting through the murk I again steer along Anzac Highway and think of Stand by Me. Alex and these mates will have next year in their snug, neighbourhood primary school, and then move on. They’ll likely attend different high schools. Maybe their bond will endure, maybe not.

But, for the moment, this exquisite, unrepeatable moment, Alex and his eleven-year-old friends, bouncing between childhood and adolescence, are deep in the greatest of simple gifts: each other. 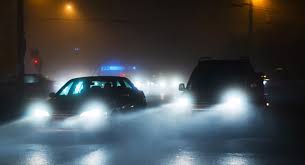 2 thoughts on “This exquisite, unrepeatable moment”